History of the Church and Village of Chitterne

Chitterne is not unusual in having more than one church building in its past. Shrewton village has 3 churches, Orcheston has two. Often a church was built along with a manor and as the dwellings surrounding the manor grew more in number, settlements merged together, and the distinctive parish boundaries made less and less sense. By the time you come to the 21st century, with communities changing their size yet again, parishes are becoming bigger, sweeping up several villages (and all their churches) into one group or benefice. In the case of our 4 villages, we’ve even become a single parish.

All this aside, the story in Chitterne is rather more rooted in practicalities. In the 19th century, Chitterne had two churches: All Saints, and St Mary’s. Both were Medieval buildings, and both were in a poor state of repair. Rather than spend huge amounts in restoration and repair, it was felt better to demolish all but the chancel of each building, moving memorial plaques, furnishings and ornaments into a new church, named for both of its predecessors, in the heart of the village. The plan was to build a church large enough to provide a seat for every person in the village- at that time 600 people. The new church was dedicated in the second half of the 19th century, and it displays many architectural and decorative features of that period. But because they cared about their old buildings too, we are blessed with some beautiful elements brought from the old St Mary’s and All Saints’ churches. And while the stunning decorative tiles in the new church are Victorian, we know that both churches had tiles and statuary which was equally beautiful and ‘of its time’. You can see a tile from All Saints Church in the Salisbury Museum and others in the Wiltshire Museum in Devizes. Way up in the tower of the new church, you can find little momentoes of the previous buildings, tucked away, but by no means forgotten.

So what happened to All Saints and to St Mary’s? Sadly in the decades following the creation of the new church, the chancel of All Saints continued to deteriorate and was ultimately demolished. The churchyard remained in use, and continues to be so to this day, along with that of St Mary’s. (The area surrounding the new church is not used as a churchyard due to its location and risk of flooding.) As for St Mary’s, the Chancel remains, and continues to be open for private reflection or prayer. We worship there in the summer, when we are not worried by its lack of heating or artificial light!

For information about the history of Chitterne village, you’d do well to look at the village website (you can find a link in our links section). 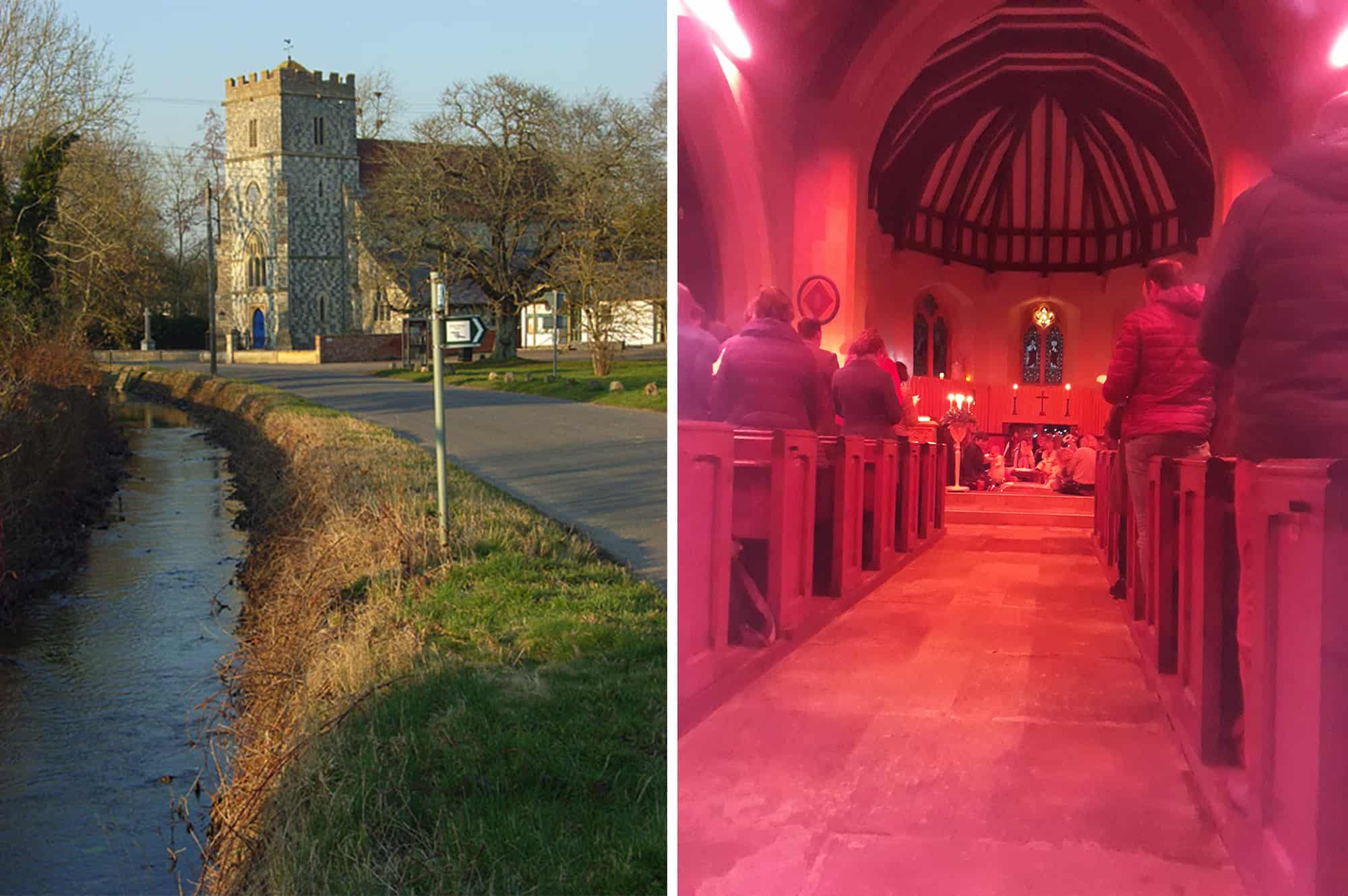