History of the Church and Village of Shrewton

Shrewton has 3 churches within its modern boundary, and two are named for St Mary (cue loads of confusion when using a Sat Nav). But the ‘open’ Parish church is St Mary’s, on the High Street. There’s been a church on this site for getting on for 1,000 years, and you can still find tiny hints of what the original building looked like when you sit on the South side (maybe by the area where we serve coffee) and look across at the pillars on the North side of the church.

Like almost all of the churches in our parish Shrewton was ‘restored’ in the middle of the 19th century. At the same time as this restoration took place, extensive re-building also ensued. Sections of the old building were carefully re-integrated into the new, so that the window in the Chancel and a piscina (a small basin used by the priest during the communion service) were put into a new, Victorian space.

If you like exploring, then do go and look at the stunning mosaic and tiles behind the gold altar curtains, and the stone corbels in the chancel, depicting Oak leaves and vines (among other plants). You might also like to go ‘cross spotting’. Our predecessors enjoyed graffiti, but in churches it almost always had a religious purpose. On the pillars in several of the parish churches, and quite visibly in Shrewton church, you can find crosses scratched into the pillars. Some believe these were put in place by Crusaders, one stroke as they left, the second as they returned safely. But they are also quite likely to have been added in private devotion. Don’t look up too high; people were mostly on their knees when they made these marks!

Finally, do explore our beautiful windows. They tell the stories of the Bible in stunning glass, and we have a particularly lovely couple of windows to Mary, one with spring flowers around its border. There’s much more to the history of the church than we have space for here. If you visit, you’ll find a helpful guide in the church itself. 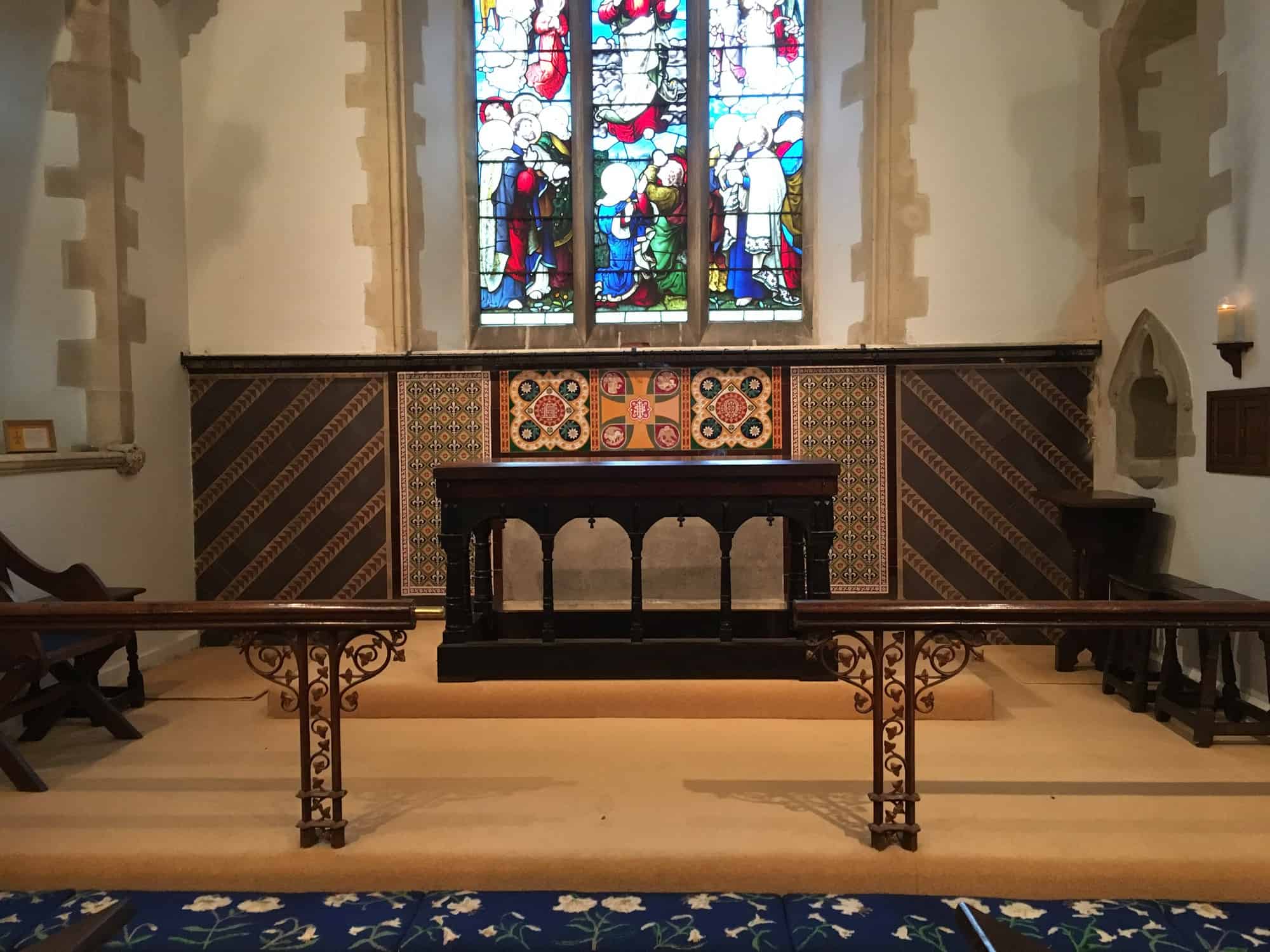