History of the Church and Village of Tilshead

Just as is the case in the other villages of our parish, St Thomas a Becket Church has changed and been renewed many times since it was first built. We’ll see if we can shed some light on its journey to the present…

The earliest elements of the building date from the 12th Century. The font is therefore getting on for 900 years’ old. It did spend a short period in someone’s garden during the 19th century when the vicar felt there was no space left for it during renovations. One wonders quite what that vicar’s priorities were! However, now returned to its rightful home, we love to baptise villagers of this generation and recall how they connect in that moment to the generations who have gone before us. In the same vicar’s defence, he did also spend quite some time creating the furnace and colours for the stained glass windows we see in the nave. Even today we love to see the light cast from these onto the squared stone pillars and the flagstone floor.

There was a time when the walls of the church were filled with images of saints and angels, and (no doubt) the windows with medieval stained glass. Much of this was removed or painted over during the Reformation, and now the church is far simpler, and perhaps the better for it… go and sit in the Chancel, and see what you think! Over the centuries the pews have rotted and been replaced, and then renewed again in the middle of the 20th century, a gallery for musicians has come and gone, the organ has moved; change has never been far away. But its simplicity and light are two of the things that make this church one of our most peaceful and gently welcoming in the parish.

If you have an extra moment or two… There are more graffiti crosses on the pillars nearest the main door; look at chest height, and use an LED torch if you are struggling to find them. Up in the Santuary (go through the Georgian altar rails in the chancel area) on the south (right) side you will find a lovely early 20th century window in memory of an Observer of the Royal Flying Corps (Lieutenant Parker) who died when his aircraft was shot down by Germans in the 1st World War. His name is on the war memorial in the churchyard. There’s a great history of the church written by the late Tom Blake; you can pick up a copy in the building, and find out more than we have space to share with you here! 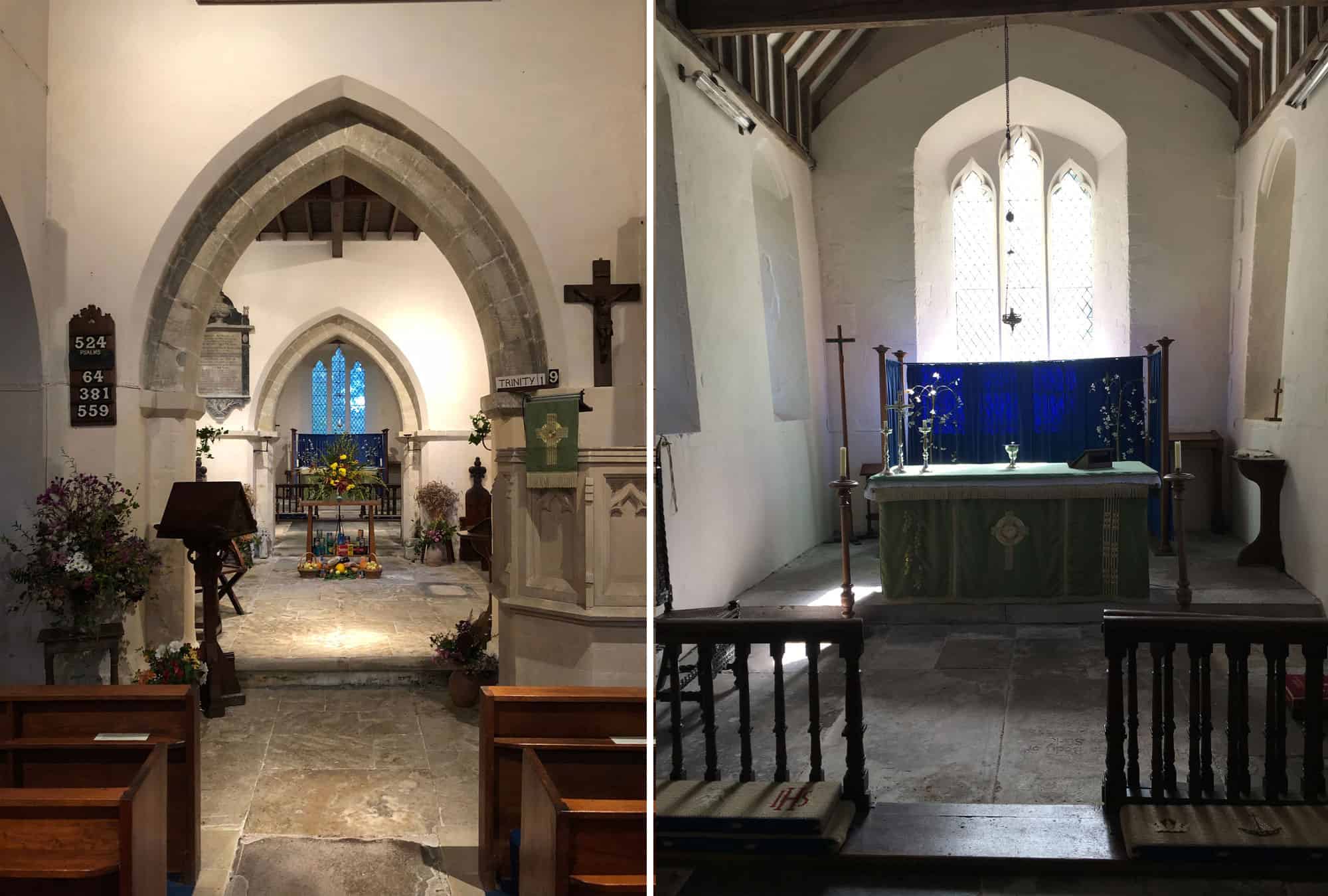